The Georgia chapter of Society of Professional Journalists will be adding dates for mini meetups where anyone can come by and chat about what SPJ does or just meet local media members.

These chats will each have a theme, but be open for discussion about anything media related.

Our plan is for one SPJ Georgia Board member and a guest speaker to host each mini meetup and we encourage ALL SPJGA members to get involved by hosting a meetup in your area. To be added to this list, email Ellen Eldridge at SPJGeorgia [@] gmail.com. 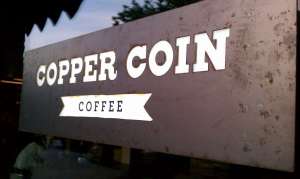 We’ll have coffee and talk about hyperlocal news and anything else that comes to mind.

No registration is necessary, but feel free to email SPJ Georgia President Ellen Eldridge at ellen.e.eldridge [@] gmail.com if you plan to drop by.

Kristal Dixon is from the metro Atlanta area. She graduated in 2006 with a bachelor’s degree in mass communications from the University of West Georgia. Shortly after graduation,

she began working as an editorial assistant at the Griffin Daily News. In August 2007, she began as an education reporter with the Cherokee Tribune. Along with covering education, she was responsible for covering the cities of Woodstock and Nelson. She eventually transitioned to covering various feature stories, police and fire incidents, the cities of Canton and Holly Springs and the Cherokee County government. In September 2012, she began work as a local editor with Patch, covering hyperlocal news in Woodstock, Holly Springs and Canton. After the company was bought out in January 2014, Kristal was laid off for three weeks. Patch’s new management decided to bring her back in in February 2014 to cover sites in Bartow, Cherokee and north Fulton County. In her spare time, she enjoys reading, trying to run, watching British TV shows, listening to grunge and progressive trance music, and trying new wines and beer.

This site uses Akismet to reduce spam. Learn how your comment data is processed.