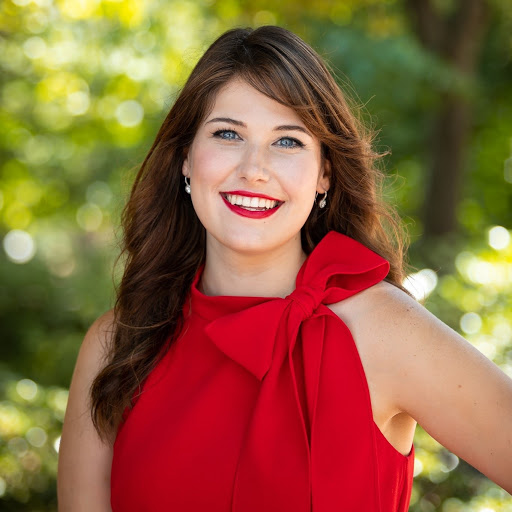 In college, Ashlyn reported on the Athens-Clarke County commission and the University of Georgia for Flagpole Magazine, The Red & Black student newspaper, and Grady Newsource. Previously, she interned at WMAZ and FOX 5 Atlanta with their investigative unit. While interning at WAGA-TV, Ashlyn contributed to a Peabody-award winning series that revealed how false positive readings on police roadside drug tests led to bad arrests in the state of Georgia.

When she isn’t at work, Ashlyn enjoys spending time with her friends and family and cheering on her Georgia Bulldogs on Saturdays in Athens! 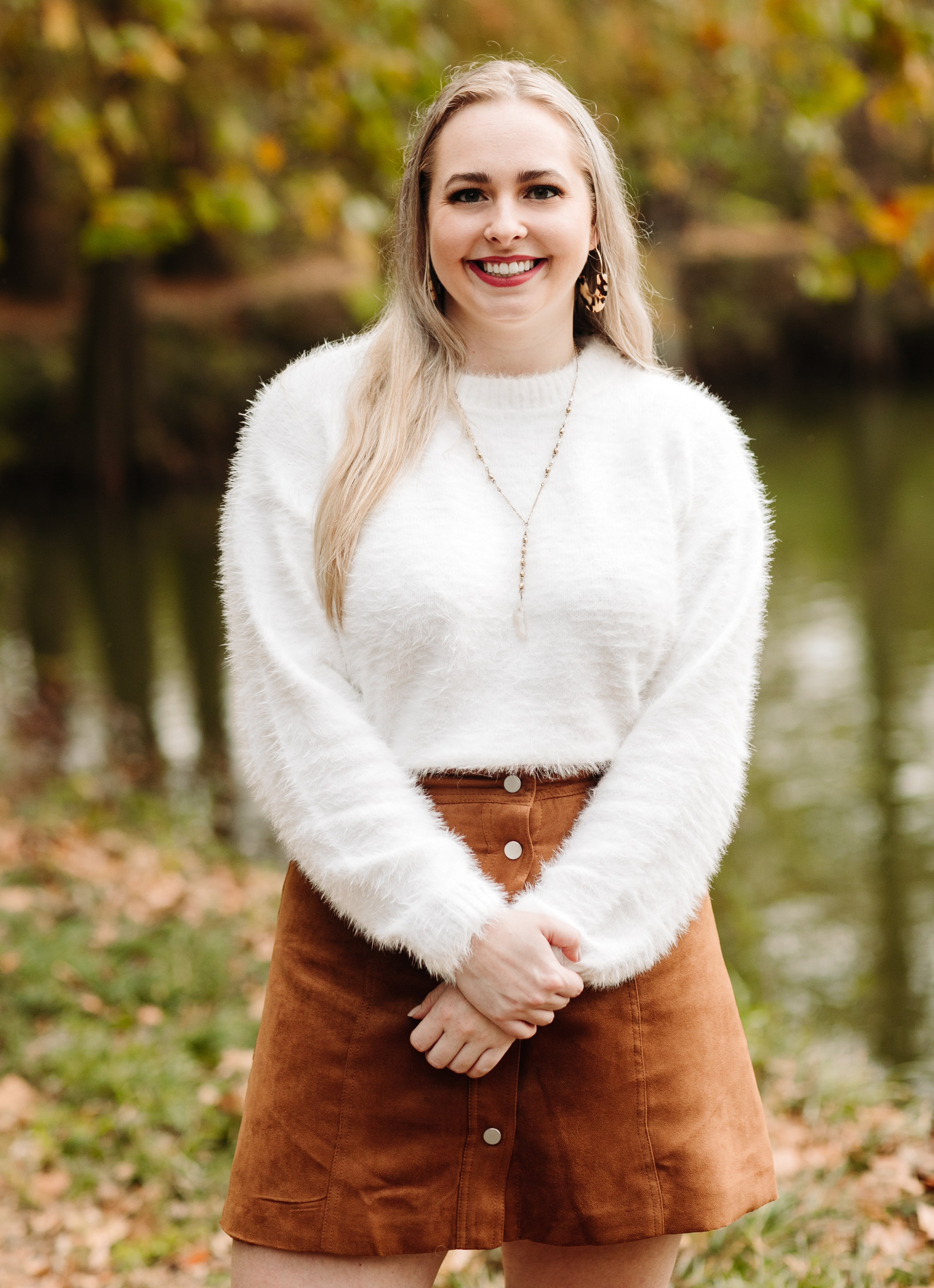 Vice President Nicolle Sartain is a journalist based in Georgia. Currently, she is a researcher at CNN on The Row vetting scripts and written work for factual accuracy, looking for background information and context. Before joining the network, she was a producer at WTOC in Savannah with experience producing newscasts in both the evenings and mornings. She produced shows in many severe weather situations winning a 2019 GABBY for Best Team Weather Coverage. Her background is in writing and newsroom management. She wrote for The Red & Black in Athens serving in multiple editorial roles including News Editor and Editor-in-Chief. With a passion for investigations and long-form journalism, she also worked for the newspaper’s sister publication Ampersand as Executive Editor. She graduated with a B.A. in Journalism from The University of Georgia in December 2017. 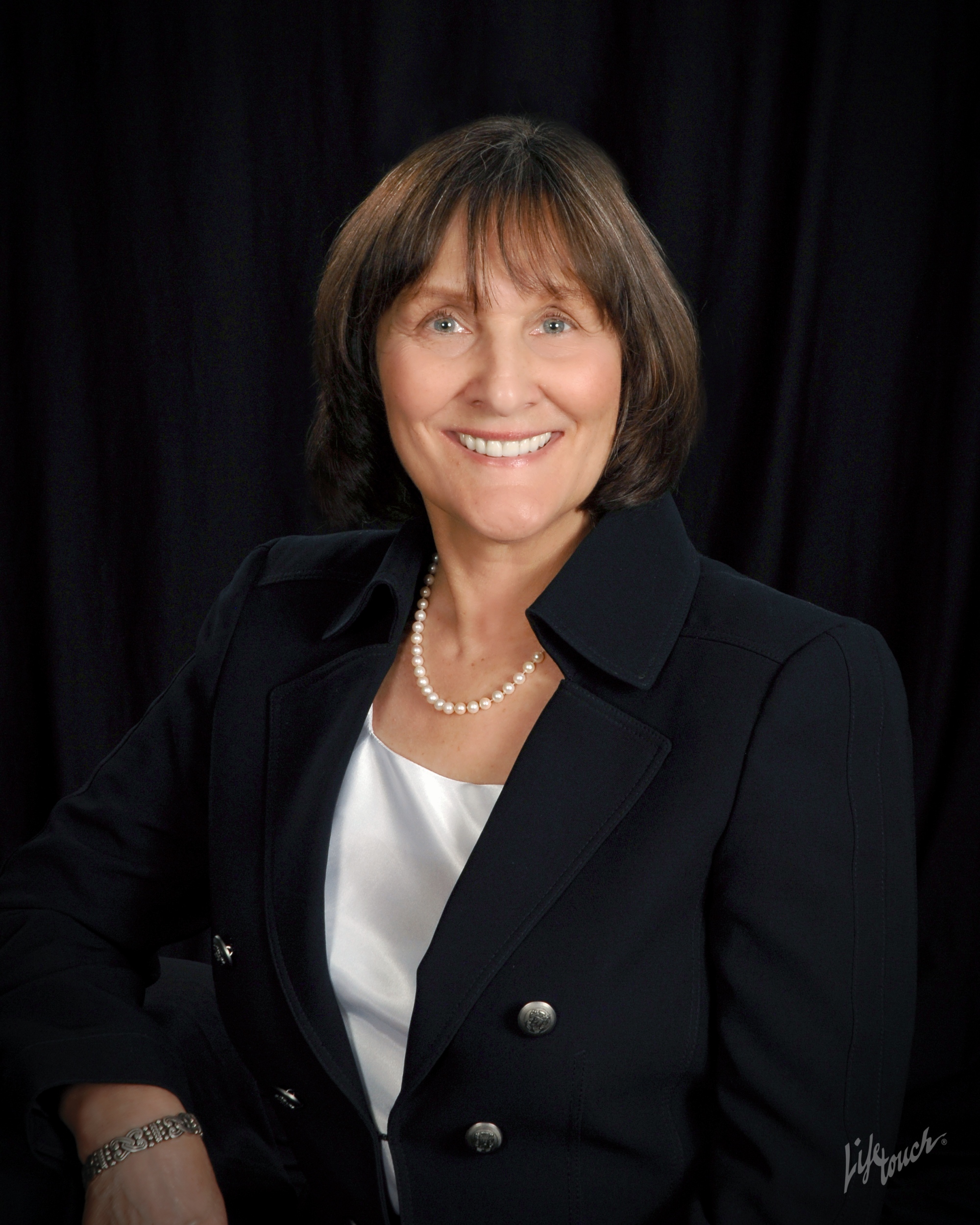 Treasurer Pam Dorsett, Ph.D., is a freelance journalist and licensed psychologist in practice at the Behavioral Institute of Atlanta (BIA), where she is a partner. As a clinician of 30 years, her areas of specialization are anxiety and obsessive-compulsive disorder throughout the lifespan. Prior to joining BIA, Dr. Dorsett held positions in university and medical school settings. She says she loves her work as a psychologist, but her first love was journalism. Dorsett began her role as treasurer in 2019, filling an unexpired term. She served on the planning committee for the 2019 SPJ Region 3 conference and is co-chair of the SPJ Georgia Freelance Committee. 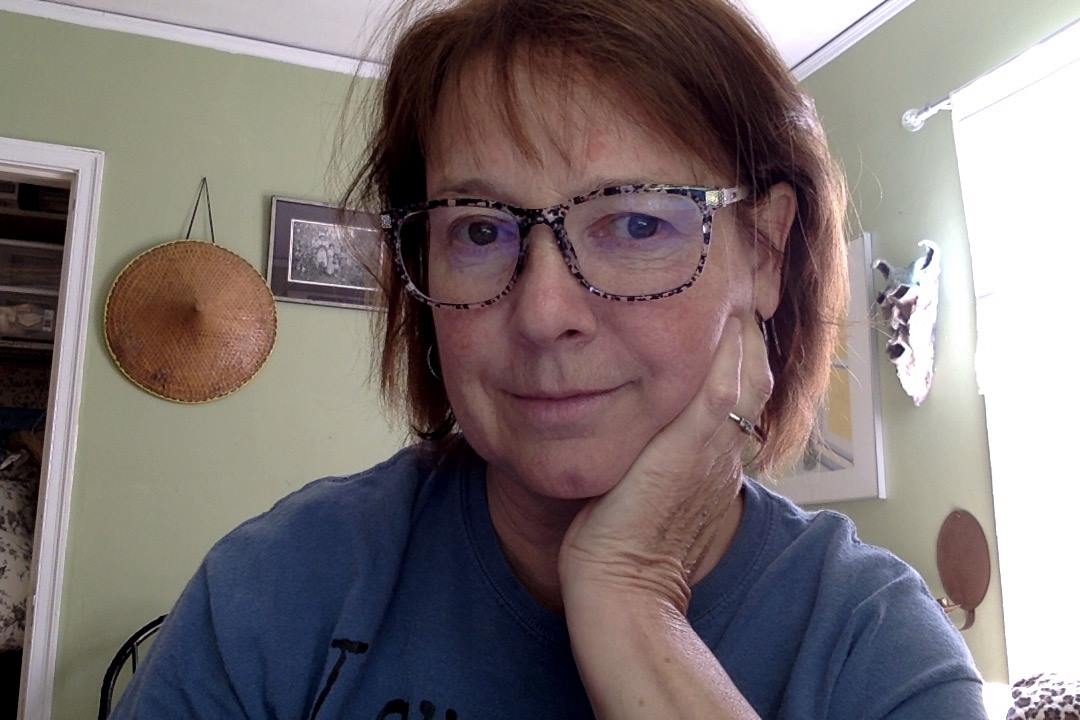 Secretary Stell Simonton is a freelance journalist specializing in clear, engaging writing that lets readers see, feel and hear the story. A graduate of the University of Alabama, Simonton has written for the Washington Post and the Atlanta Journal-Constitution, among many other outlets. She is a regular contributor to Youth Today magazine, and in a previous life was a digital editor/producer for the AJC. She will co-chair SPJ Georgia’s high-flying freelance committee in 2019 along with Dr. Pam Dorsett.

Board members at large 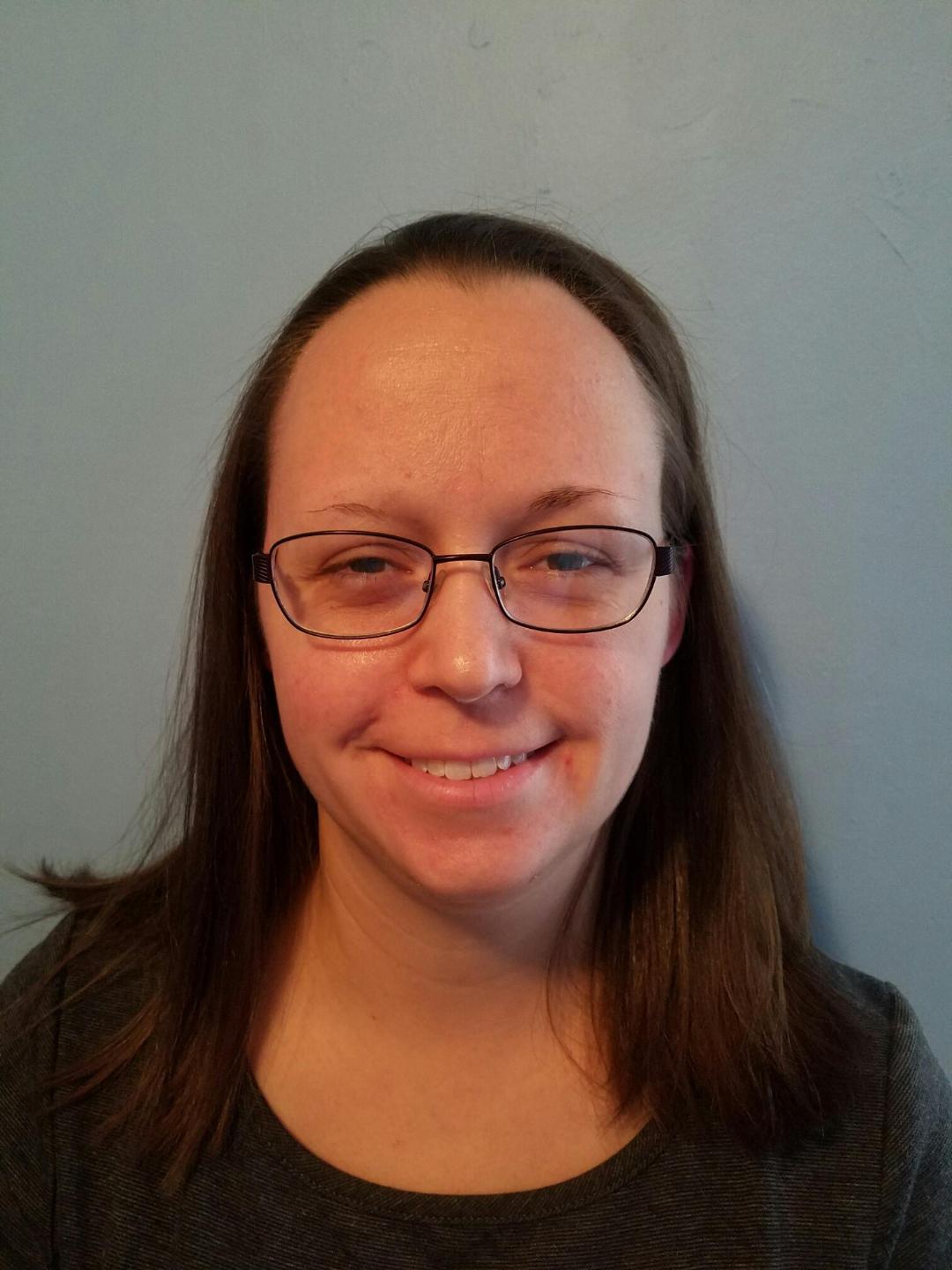 Jennifer Parks is a 2007 graduate of Georgia Southern University (Hail Southern!), where she received a bachelor’s degree in journalism. She completed a summer internship at the Waycross Journal-Herald, and began working for The Albany Herald in September 2008 as a reporter. During her time at The Herald, Parks covered a number of different beats and gained experience in copy editing. She resigned from the position in October 2019, and now works as a public affairs specialist at Marine Corps Logistics Base Albany.

Curt Yeomans is a county government reporter at the Gwinnett Daily Post. A native of Marietta, he holds a journalism degree from the University of Southern Mississippi and has been a professional journalist since 2005. Yeomans previously served on the SPJ Georgia board in 2015 and 2016.

Mark Woolsey is a longtime radio news anchor/reporter/newsroom manager, freelance writer/editor and meteorologist. A native of Illinois and a graduate of Southern Illinois University’s Mass Communications program, Mark has worked as a news director, assignment editor, field/in-house reporter and occasional talk show host for stations in Illinois, Missouri, Kansas, Oklahoma, Texas and finally, Georgia. After graduating from the Mississippi State University Broadcast Meteorology Program, Marked worked for 12 years as a radio and television meteorologist for The Weather Channel. He was lauded for his reports that were part of spot news coverage awards presented to WIOD in Miami, KTRH in Houston and other notable radio news operations.
He’s also done a wide variety of freelance writing work for publications including the Atlanta Journal-Constitution, Fort Worth Star-Telegram, The Atlanta Sunday Paper (defunct), Wichita Magazine and the Atlanta Business Chronicle. Most recently, he’s been an anchor/reporter for the Georgia News Network and NBC Newsradio, based in Atlanta. He’s also done a grab bag of other media-related stuff, from radio and mobile deejay work to commercial voicework to traffic reporting. Mark serves as the co-chair of the Freelance Committee
Term: 2020 and 2021

Rahul Bali is a 25-year broadcasting veteran. He is currently a news anchor for Oconee Radio Group in Georgia’s Lake Oconee and Lake Sinclair areas. Rahul also reports from the State Capitol when the Georgia General Assembly is in session. Rahul has worked as a reporter, producer and editor for CNN Radio, WSB Radio (Atlanta) and WTOP Radio (Washington, D.C.) He has also worked as a TV reporter at Georgia Public Broadcasting. He is an active member of the Atlanta chapter of the Asian American Journalists Association and the Atlanta Press Club’s Debate Committee, which is responsible for televised debates for statewide and local elections.
Term: 2021 and 2022

John B. (Jack) Zibluk, PhD, professor of communication at the University of Tennessee Chattanooga, lives in Lookout Mountain, Ga., where he writes for the Lookout Mountain Mirror.

He worked with former SPJ president Sonny Albarado to establish a Memphis SPJ chapter, and he later served on the East Tennessee SPJ chapter board. He is a former member of the SPJ national education committee and a columnist for Quill. “Dr. Z,” as his students call him, was also a national board member and vice president of the National Press Photographers Association, which awarded him its Garland “educator of the year award” for his columns on ethics and diversity issues in News Photographer magazine.

A native of Derby, Connecticut, he worked as a newspaper writer and editor for a decade before earning a PhD in mass communication in mass media and public administration from Bowling Green State University in 1998. He has worked as a journalism educator in Ohio, Arkansas, Missouri and Tennessee. 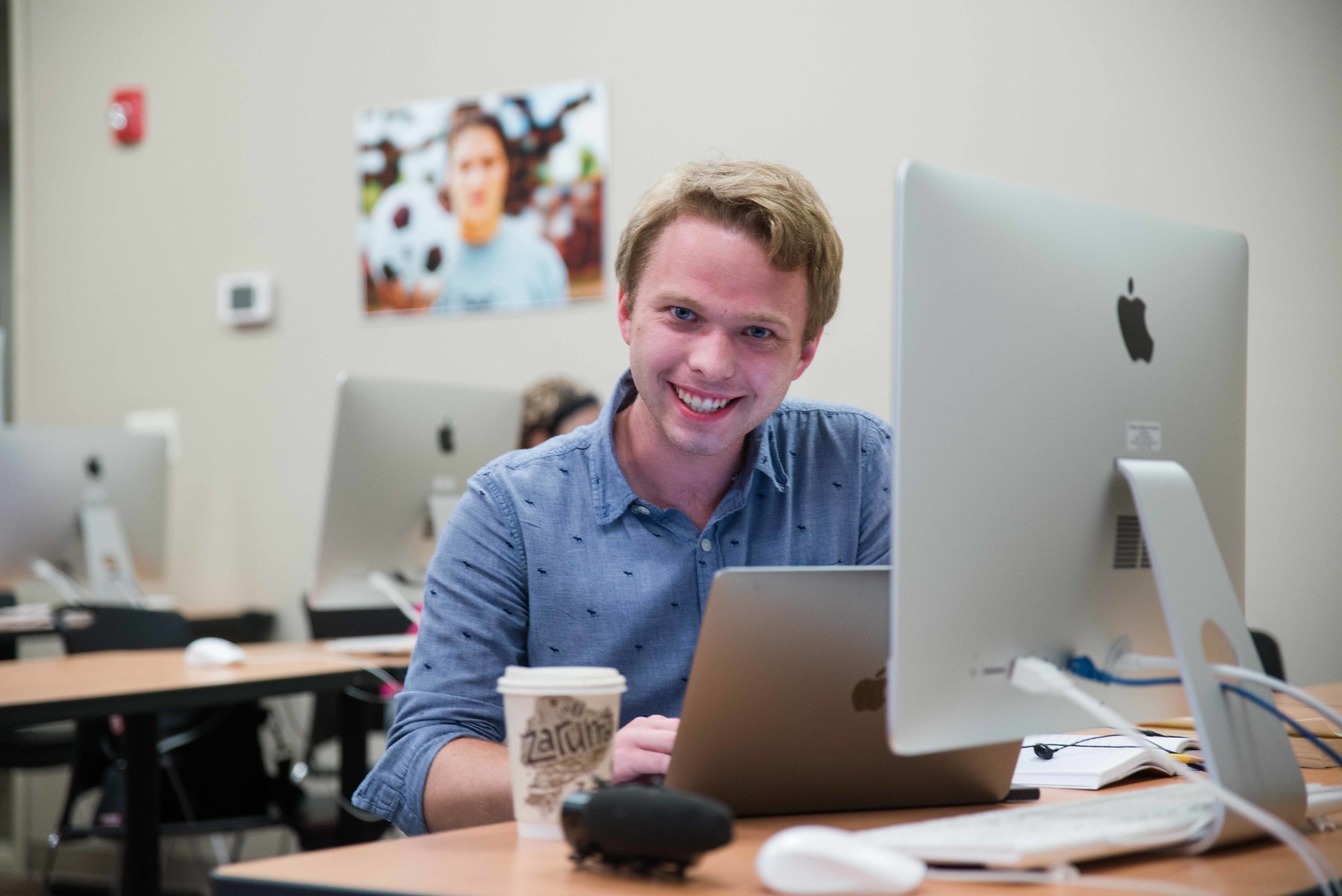 Student Representative Lars Lonnroth is a junior journalism and political science student at Mercer University, where he serves as the news editor for Mercer’s student newspaper, The Cluster. Professionally, he has worked with 13 WMAZ and interned with Georgia Public Broadcasting’s digital and podcasting departments. While working in high school journalism, Lars received over 30 local, state and national journalism awards, including receiving 1st, 3rd and 5th in the nation for podcasting at the National Scholastic Press Association’s annual conference. He has also been recognized by NPR, the National Women’s Press Association and the John Drury High School Radio Awards. When not reporting, you can find Lars giving tours as part of Mercer’s Office of Admissions, working with students as a Mercer Peer Advisor or running around Mercer’s beautiful campus.